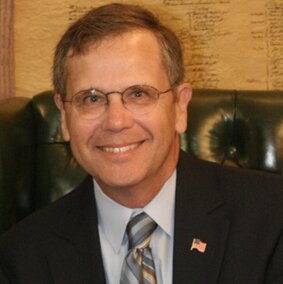 Robert G. Natelson is a nationally known constitutional scholar and author whose research into the history and legal meaning of the Constitution has been cited repeatedly at the U.S. Supreme Court, both by parties and by justices. For example, justices have cited his works 17 times in five different cases since 2013. During the Supreme Court term ending in June, 2016 parties referenced his work in 12 different briefs and petitions for certiorari. He is is widely acknowledged to be the country’s leading scholar on the Constitution’s amendment procedure and among the leaders on several other topics.

Professor Natelson’s articles and books span many different parts of the Constitution, including groundbreaking studies of the Necessary and Proper Clause, federalism, Founding-Era interpretation, regulation of elections, and the amendment process of Article V. In addition to his authorship of law journal articles and legal books, he has written the highly influential Article V Handbook for state lawmakers, the popular book, The Original Constitution: What It Actually Said and Meant, and numerous shorter pieces for media outlets. Recent contributions have been published by the Washington Post, the Washington Times, the Denver Post, the American Spectator, the Wall Street Journal, Barron’s, Townhall.com, the American Thinker, CNSNews, and the Daily Caller, among others.

Professor Natelson is especially known for his studies of the Constitution’s original meaning. His research has carried him to libraries throughout the United States and in Britain, including four months at Oxford. The results have included several break-though discoveries.

His publications are too numerous to list; the bibliography listed here is just a sample. In addition to his articles on the U.S. Constitution, he created the first online guide to “originalist”  research (now partly duplicated here); created the database the Documentary History of the Ratification of the Montana Constitution; and in conjunction with his eldest daughter Rebecca, edited the first complete Internet versions of the Emperor Justinian’s great Roman law collection (in Latin).

There are several keys to Professor Natelson’s success as a scholar. Unlike most constitutional writers, he has academic training not merely in law or in history, but in both, as well as in the Latin classics that were the mainstay of Founding-Era education. He works to keep his historical investigations objective. He also has the benefit of lessons and habits learned in the “real world,” since prior to entering academia he practiced law in two states, ran his own businesses, and worked as a journalist and at other jobs.

For about a decade, Professor Natelson had a career in public life in his “spare time.” He  created and hosted Montana’s first statewide commercial radio talk show; became the state’s best known political activist; led, among other campaigns, the most successful petition-referendum drive in state history; and helped push through several important pieces of legislation. In June 2000, he was the runner-up among five candidates in the party primaries for Governor.

Recreation?  he loves to spend time in the great outdoors, where he enjoys hiking and skiing with his wife and three daughters. He also likes travel, science fiction, and opera. He is active in the Denver Lyric Opera Guild.